What is the autumnal equinox?

The autumnal equinox occurs in September each year, and in the northern hemisphere the date marks the end of summer and beginning of autumn.

In 2019 the autumnal equinox was on 23 September at 8.50am and today marks the first day of Autumn!

The Earth is tilted on its axis, meaning that as it orbits the Sun, the Sun illuminates the northern or southern hemisphere more depending on where the Earth is along its orbit.

However, at two points in the year the Sun will illuminate the northern and southern hemispheres equally. These are known as the equinoxes.

Autumnal equinox facts:
- Because of time zone differences, the equinox can be on different days for different locations
- Saturn also has equinoxes but because it takes almost 30 years to orbit the Sun, they only happen about every 15 years

The Harvest Moon:
The Harvest Moon is the name given to the full moon that occurs nearest to the autumnal equinox. Historically the light of the Harvest Moon was said to enable farmers to work late into the night, helping them to bring in the crops from the fields. The Harvest Moon usually falls in September.

More Aurorae:
For those located at high northern hemisphere latitudes, the autumnal equinox paves the way for increased chances to see the 'aurora borealis' display. According to NASA, the equinoxes are prime time for Northern Lights, and geomagnetic activities are more likely to take place in the spring and autumn than in the summer or winter.

The Cochranes of Oxford range of planetaria and orreries
are fantastic educational models showing the relationship between the Sun, planets and the Earth's moon.

Our 'Helios Planetarium' gives a clear visualisation of the six classical planets orbiting at their correct relative speed and stars remaining in their positions in the sky. All versions of the model include the electric geared orrery and star dome to enable the study of the following topics:

- The Planets in their orbits (length of a year, inferior and superior planets)
- The phases of Venus
- The Moon and its phases (external light source required)
- Eclipse basics
- Time - solar, sidereal and G.M.T.
- The ecliptic and the Zodiacal constellations
- How the planets appear to move against the night sky
- Use of the Helios outside at night - where should the stars appear in the sky?

Take a look through our Astronomy range of models 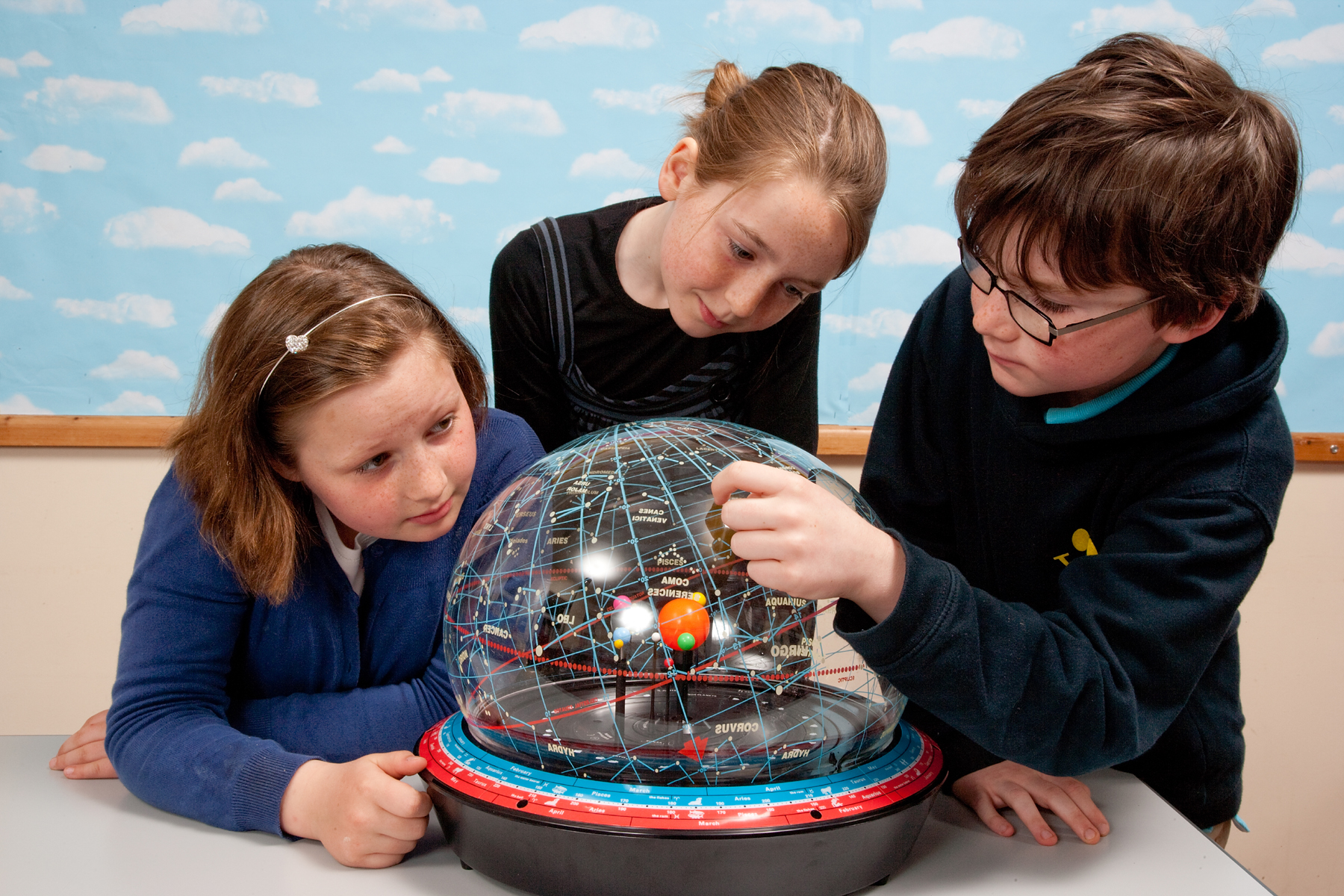